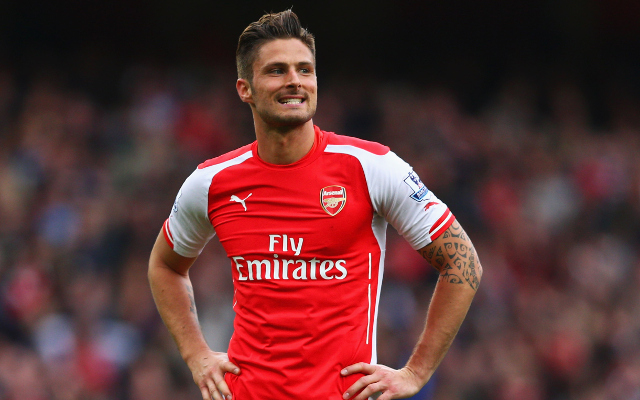 Arsenal had a slim chance of beating Chelsea to the Premier League title with a late surge, but after Sunday’s 0-0 draw with the Blues at the Emirates Stadium, striker Olivier Giroud has admitted the title race is over.

Chelsea need just six points to secure the trophy, and a win against Leicester City on Wednesday night would see Mourinho’s men extend their lead to 13 points at the top – making it almost impossible for any of the top four to catch up before the end of the season.

The title, therefore, could be done and dusted by next Sunday when Chelsea host Crystal Palace, and Arsenal forward Giroud concedes that team’s must accept that the Stamford Bridge outfit are now uncatchable.

“I think it is over now to be honest,” Giroud was quoted by the Daily Star.

“They have to win just one game or maybe have a draw,” the France international continued.

“So you have to be honest with yourself, they are 10 points ahead with five games to go.”

The Frenchman has come in for some criticism since the draw with the Blues on Sunday afternoon – with Thierry Henry (via the Mirror) claiming that Arsenal cannot win the title with only Giroud up front.

Despite Henry’s comments, the 28-year-old has been key in the Gunners’ surge to second in the table following his return from injury – scoring 14 times after missing the first three months of the season.