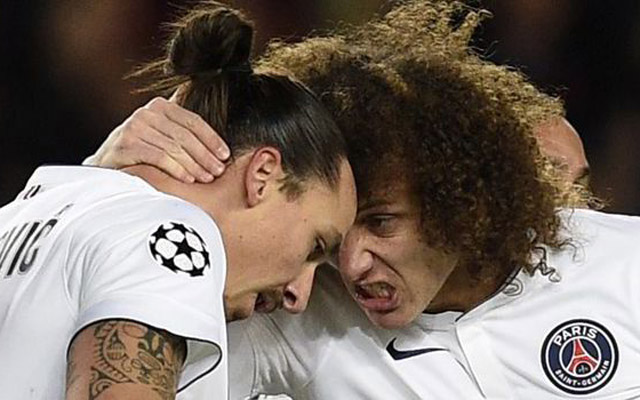 Despite the presence of numerous Brazilians in the French top flight—including Selecao captain Thiago Silva, £50 million-man David Luiz or supremely talented Lucas Moura—Ronaldo has plumped for the Swedish superstar.

“I often go to Paris, and every time I go to the Parc des Princes, Ibra achieves great things, he stands out,” Ronaldo began, speaking to Canal+ [via Goal.com] .

“He’s my favourite player in Ligue 1.”

Ibrahimovic missed PSG’s weekend match due to suspension, but watched on from the stands as Laurent Blanc’s side trounced LOSC Lille 6-1 at the Parc des Princes.

Despite being sent off in the Parisians’ Champions League triumph over Chelsea, and becoming embroiled in several controversies in Ligue 1, he has still been the reigning champions’ outstanding individual this term.

The former Barcelona striker has bagged 17 goals in 21 Ligue 1 starts, and nine in 11 in PSG’s other cup competitions.

Ronaldo and Zlatan are the only two players to have scored for both Inter Milan and AC Milan in the Derby della Madonnina.