Liverpool look set to make major changes to their attacking lineup this summer, with Brendan Rodgers’s side clearly in need of freshening up in that department after another poor result this weekend.

SEE ALSO:
Why Eden Hazard’s PFA award could be a bad omen for Chelsea fans
Why Mourinho is wrong – his Chelsea team is boring and that is a problem
Depay to Manchester United: Five facts about the £25m-rated PSV sensation

Liverpool dominated the game but could not score as they drew 0-0 with West Bromwich Albion, with the Reds still missing the superb goalscoring ability of last season’s star player Luis Suarez, as well as the injury-prone Daniel Sturridge.

With last year’s signings Mario Balotelli and Rickie Lambert failing to impress this term, here are the three players reportedly in Liverpool’s sights for this summer as they look to get back to their best next year… 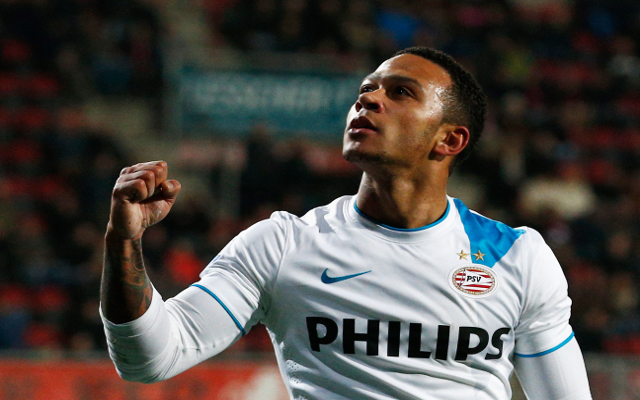 Also a target for Manchester United, Liverpool want to sign PSV starlet Memphis Depay after his outstanding form in the Eredivisie this season, with 24 goals and 4 assists confirming his status as one of Europe’s best attacking midfielders.