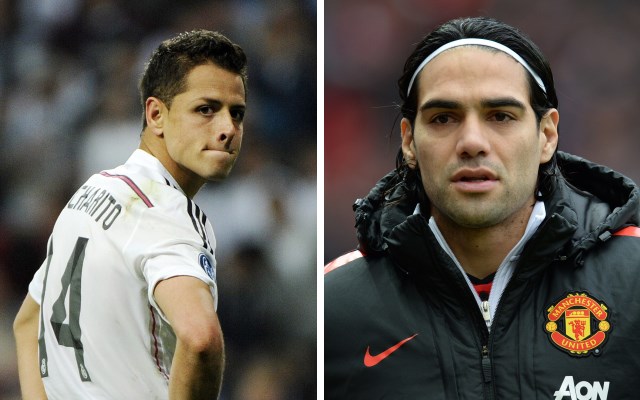 As Javier Hernandez closes in on a permanent transfer from Manchester United to Real Madrid, we compare him with the man who replaced him at Old Trafford this season, Radamel Falcao.

Both Chicharito and Falco moved on season-long loans in the summer of 2014; the Mexican left Old Trafford for the Bernabeu, while the Colombian swapped Ligue 1 and AS Monaco for Louis van Gaal’s Red Devils.

Until this week, both temporary spells had been relative failures. However, in his last four matches—against Eibar, Malaga, Atletico Madrid and Celta Vigo—the 26-year-old Mexican has scored four and contributed one assist, seemingly convincing Real of taking him on permanently.

Indeed, it looks like the Spanish giants got the better deal last summer.

The Mexican is also more efficient with his shooting—attempting only 0.9 shots-per-game, compared to Falcao’s 1.6 according to WhoScored.

It’s a tremendous difference, and begs the question, why on earth did van Gaal give the green light to this particular striking reshuffle?