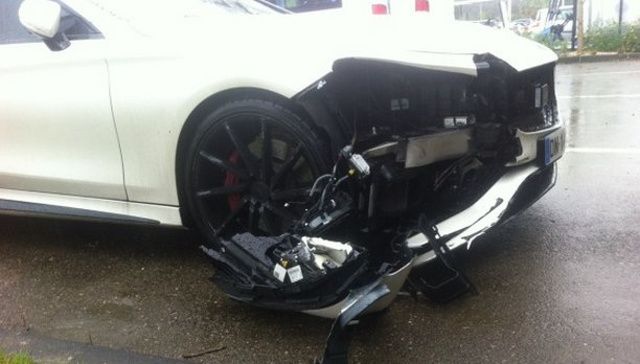 The 20-year-old, who has been linked with a summer move to Manchester United, crashed his vehicle into the posts supporting the security gates outside the complex, according to Maxifoot.

While the defender was unharmed, the same cannot be said for his car, which is in a particularly bad state!

Things aren’t going well for Marseille, who have fallen out of the title race in France and now look outsiders for a Champions League return after a disastrous run of four straight defeats.

Despite their capitulation, Mendy will be able to look back on a breakout season.

He has thrived under the tutelage of Marcelo Bielsa and his game—both offensively and defensively—has come on immensely this term.

As a result of his increasingly prominence within the game, the defender has been linked with a move to both AS Roma and Manchester United, but recently affirmed his love for OM on his personal Twitter account.