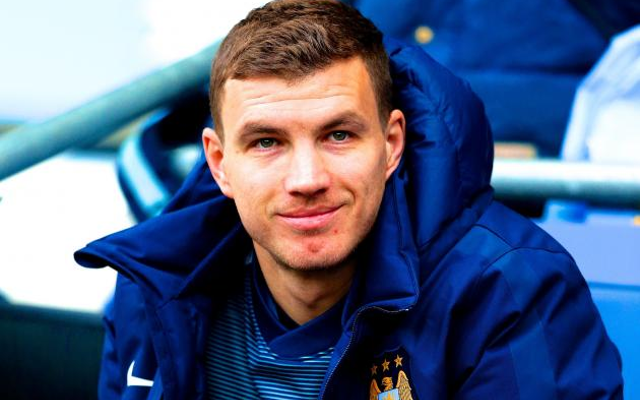 Thomas Tuchel, the incoming coach at Borussia Dortmund, has made Manchester City forward Edin Dzeko a key transfer target for this summer.

The German giants have struggled this season following the absence of Robert Lewandowski, and since the Pole moved to Bayern Munich, the side have looked noticeably weaker in attack.

Lewandowski’s successors—Adrian Ramos and Ciro Immobile—have failed to match his goal return, and it is a problem area of the side that Tuchel is keen to fix immediately.

The ex-Augsburg and Mainz coach will replace Jurgen Klopp in the summer and, according to Bild, is very interested by Dzeko.

The Bosnian forward previously enjoyed great success in the Bundesliga—scoring 66 times for Wolfsburg—and is believed to be open to lowering his salary to return to Germany.

The striker earns a reported 11 million Euros per year at City—according to L’Equipe—but is believed to be on the way out of the Etihad Stadium following the club’s purchase of Wilfried Bony.