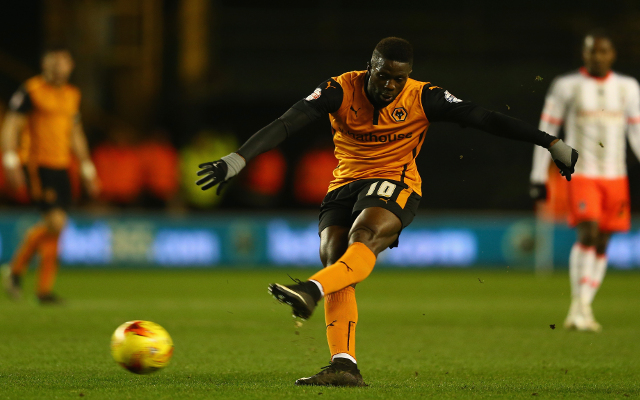 Aston Villa are in the driving seat to secure Wolverhampton Wanderers winger Bakary Sako this summer.

The Mali winger is on the radar of several clubs, with Queens Park Rangers and West Bromwich Albion also interested in bringing him to the Premier League. Turkish giants Besiktas and Russian heavyweights Dinamo Moscow are also keen on signing the attacker.

However, according to L’Equipe, Villa have stolen a march on their rivals and the two parties are in advanced contact as discussion of a possible summer move step up a notch.

It is worth noting that nothing has yet been confirmed—leaving Sako’s other suitors with a chance to step in—but Villa appear to be firmly in the driving seat.

The 27-year-old is enjoying a fine season back in the Championship with Wolves. He has scored 14 goals and contributed eight assists in an admirable campaign for Kenny Jackett’s newly-promoted Midlanders.

The attacker previously featured for AS Saint-Etienne in Ligue 1, and represented Mali at the 2015 Africa Cup of Nations.