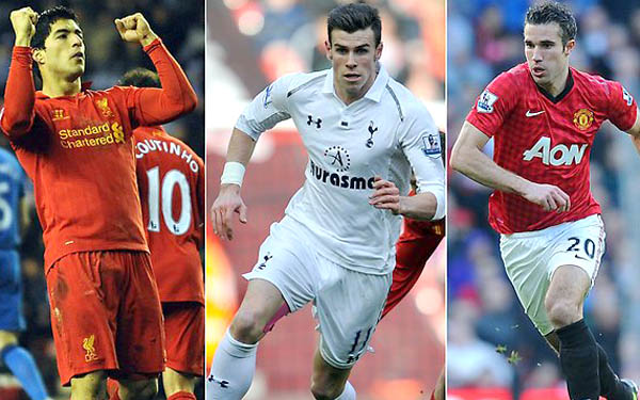 While the Belgian international was a deserving winner after an outstanding individual season for the Blues, helping them to the top of the Premier League table, he was quizzed once again about the possibility of a move to Real Madrid.

Of course, the 24-year-old gave the answer you’d expect, saying he was not moving and that he was happy at Chelsea, but a glance at the previous three winners of this prize suggest a move could be on the cards.

Luis Suarez won the award for Liverpool last year and left in a big move to Barcelona the following summer. The year before, Gareth Bale’s stunning displays for Tottenham Hotspur earned him a record-breaking move to Real Madrid. And finally, the summer before that, Robin van Persie won the award with Arsenal and promptly left for Manchester United.

With the last three winners moving clubs after winning this prestigious prize, could Hazard be next? Bale is now being linked with a move back to the Premier League after two years in Spain, meaning there may be room for a new attacking midfielder at the Bernabeu, while it is Chelsea who are believed to be one of the clubs chasing the Welshman – an ideal replacement?