No Mexican side has ever won the Copa Libertadores, but after being seeded in the easier half of the draw for the knockout rounds, Tigres UANL will be hopeful of taking advantage and progressing to the latter stages.

Chivas de Guadalajara and Cruz Azul are the only Mexican sides to reach the final of the Copa Libertadores; Chivas lost 5-3 on aggregate to Brazil giants Internacional in 2010 and Cruz Azul lost on penalties to Boca Juniors in 2001.

The reasons for Mexican’s lack of success are varied. Firstly, the geography of the Americas means Mexican sides can face flights of more than 14 hours to get to some of South America’s more southern cities. Secondly, Liga MX managers are almost solely judged on league performances, and finally, the Mexican champions are forced to play in the less competitive North American Champions League by CONCACAF. Added together, it means managers often field reserve sides and youth teams.

Tigres manager Tuca Ferretti was the king of not taking international competitions seriously. In their last Copa Libertadores appearance in 2012 they lost 3-2 on aggregate to Chilean minnows Unión Española in the qualifying round – only fielding one player who was more than 20-years-old in the two games combined. The 2013 CONCACAF Champions League then saw a similar story, as they were beaten in the quarter-finals by a late Seattle Sounders goal after again playing a reserve side.

After facing a severe backlash from fans, Ferretti has changed his approach this season. Throughout the group stage he played his strongest eleven, with the exception of the final group game away in Peru when they were already assured of being group winners and had the Clasico Regiomontano against Monterrey the following weekend. Even then he picked several first team regulars and they went on to win the game 5-4.

After being seeding on the easier side of the draw, they cannot now play the three Argentine giants of Boca Juniors, River Plate, or Racing Club before the final, and nor can they play the Brazilian trio of Cruzeiro, Sao Paulo, or Corinthians.

A win in the last 16 against Club Universitario de Sucre will give them a quarter-final against either Atletico Nacional from Colombia or Emelec from Ecuador – both of whom are beatable. 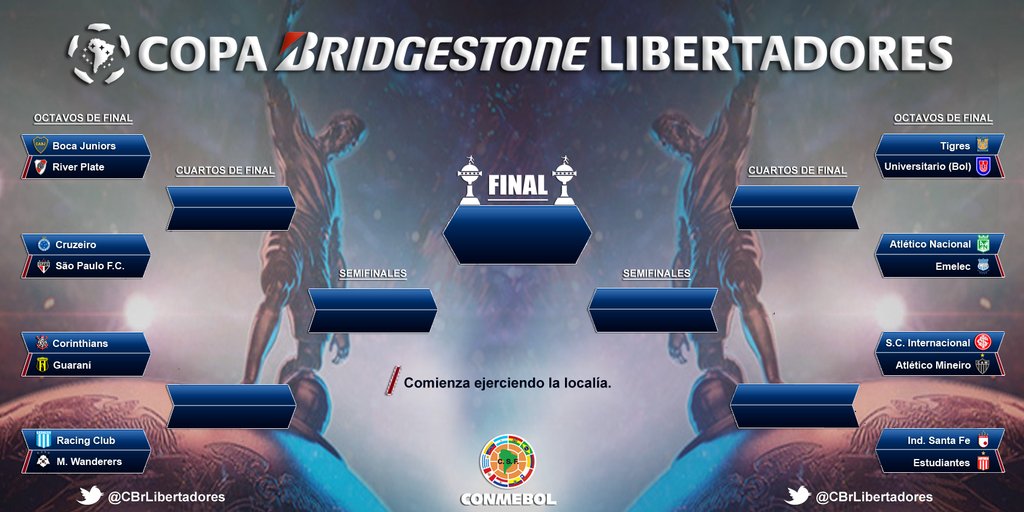 The geography has also been kind to Tigres. This Bolivia trip is nowhere near as long as a trip to Rio de Janeiro, Sao Paulo, or Buenos Aires would be, and if Nacional progress against Emelec, their quarter-final would provide them with shortest possible trip available in the competition – a mere 4.5 hour flight from Mexico City.

This is the only Copa Libertadores game this week. The other last-16 games take place next week with the second legs the week after. Tigres were given special permission to play sooner – otherwise their second leg would have clashed with a Mexican post-season play-off game.

With the exception of season-long absentees Jose ‘Gringo’ Torres and captain Juninho, Tigres will go into the game with a full squad to choose from. Striker Rafael Sobis and winger Joffre Guerron both already have winners medals (with Internacional and LDU Quito respectively) – and both are likely to start, while Argentine number two ‘keeper Nahuel Guzman will take his place behind the regular defensive duo of Jose Rivas and Hugo Ayala.

If Tigres make it through the two legs they could offer the biggest challenge to the recent Brazilian-Argentine hegemony of Copa Libertadores winners. All of Mexico will be watching.