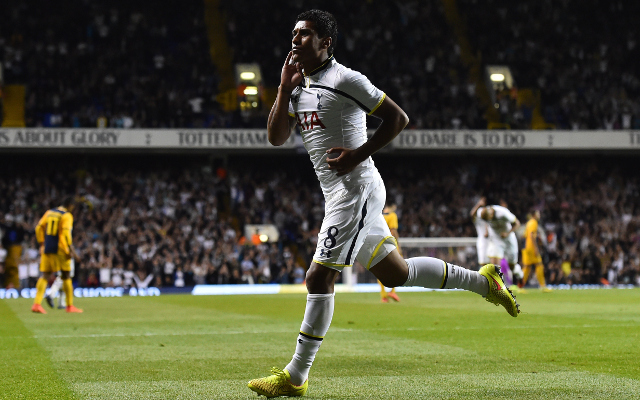 The Brazilian has failed to nail down a regular place in the Spurs line up since joining in July 2013, and it seems his time could in the Premier League could now be up.

The 26-year-old has come to terms with the fact that he will have to leave North London having made just three starts all season.

According to the Daily Star, Spurs are expected to allow a number of fringe first-team players to leave, and Paulinho’s former club Corinthians are willing to offer him an escape route from the club.

Tottenham chairman Daniel Levy parted with £17m to secure the Brazil international’s signature at the beginning of the 2013-14 campaign, and Levy is prepared for a financial blow in order to get the midfielder off the wage bill.

The reports claim that Corinthians are eager for Paulinho to return to Sao Paulo – with the club’s director of football Edu Gaspar revealing:

“There are always obstacles but I don’t feel the finances will prove a problem.”