Adelaide United winger Tarek Elrich scored the goal of his career and put himself in the running to win the Goal of the Year award with an fantastic solo effort in the Australian A-League fixture against Melbourne City last week.

Picking the ball up deep inside his own half, the Australian international attacked the space the opened up ahead of him and he evaded challenge after challenge from the City defenders before keeping his composure to slot the ball into the net.

Check out Elrich’s superb strike below:

The brilliant individual effort is likely to go down as the best ever goal scored in the history of the A-League and is a shoe-in to be in the running for the annual FIFA Puskas award. 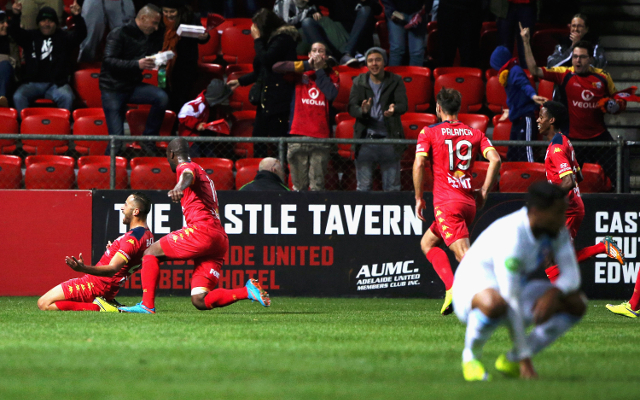 His side went on to win the game by a comfortable 4-1 scoreline meaning they finished the regular season in fourth place and will now face Brisbane Roar in the Elimination round on Friday.