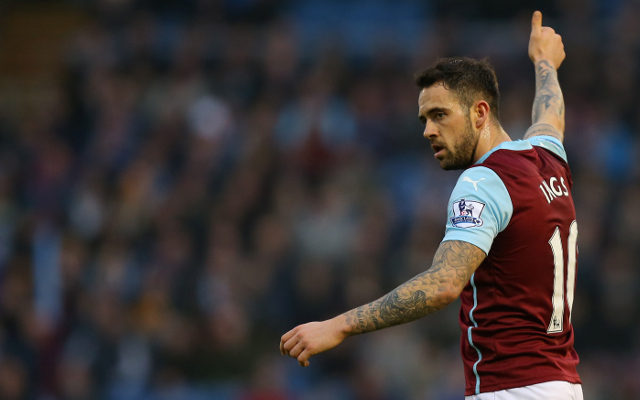 Chelsea are reportedly the latest club to make an approach to sign Burnley striker Danny Ings ahead of the summer, with the Blues looking for a new backup striker.

The England hopeful, 22, has had a superb first season in the Premier League, even if the goals have dried up a little in the second half of the campaign.

Still, Ings remains on the radar of a number of top clubs due to his contract situation at Turf Moor, with his contract due to expire at the end of this season, meaning he can move for just a small compensation fee of £3m.

Chelsea are looking to join the likes of Liverpool, Manchester United and Tottenham Hotspur in the race for his signature, according to Goal.com, with Jose Mourinho perhaps looking for an upgrade on Loic Remy.

Still, it is noted that Remy has a better goals-per-minutes ratio than Ings this season and may block the Burnley man’s path to the starting lineup at Stamford Bridge if he did make this surprise move.