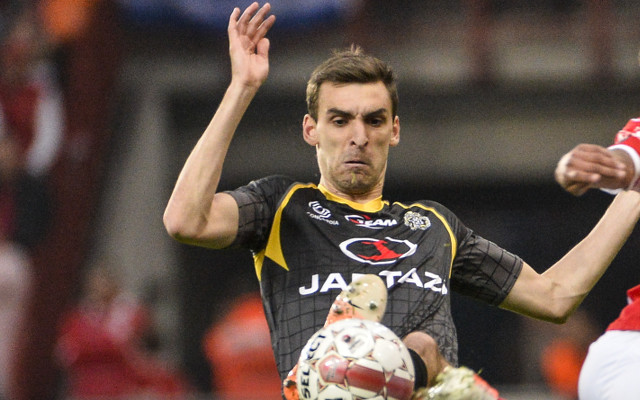 Liverpool and Manchester United players have led the tributes to Lokeren defender Gregory Mertens, who has died three days after he collapsed on the pitch.

The 24-year-old was given CPR during the reserve game against Genk, but his condition deteriorated after being placed on a life support machine in hospital and he passed away this afternoon when medical staff realised they could not save him.

There was soon reaction to the tragic news from his fellow Belgians, including Liverpool goalkeeper Simon Mignolet and United winger Adnan Januzaj.

Both men said their thoughts were with the player’s family:

RIP Gregory Mertens my thoughts go out to his family and friends at this sad time.

There was also a message from former Bolton Wanderers midfielder Fabrice Muamba, whose heart stopped during a match against Tottenham Hotspur three years ago:

Horrible news that Gregory Mertens has passed away, only 24 years old. #RIP

Muamba came close to losing his life but eventually recovered, and has since campaigned to raise awareness of health issues in football and other sports.

Real concern for Bolton Wanderers with £41.6m debt and threat of administration looming May 3, 2019 6:50
Bolton FC