A Venezuelan TV presenter has been snapped in a bizarre report on Real Madrid star Cristiano Ronaldo, taking off all her clothes during a story about the footballer’s possible relationship with a Playboy model.

Yuvi Pallares was speculating on the rumours that Ronaldo could be involved with Daniella Chavez, who herself has supposedly stated that she would love the chance to get with him, and ended up completely naked during the report.

This clearly must have been planned to some extent as editors blurred out the crucial areas, though it certainly still makes for an interesting and amusing picture! 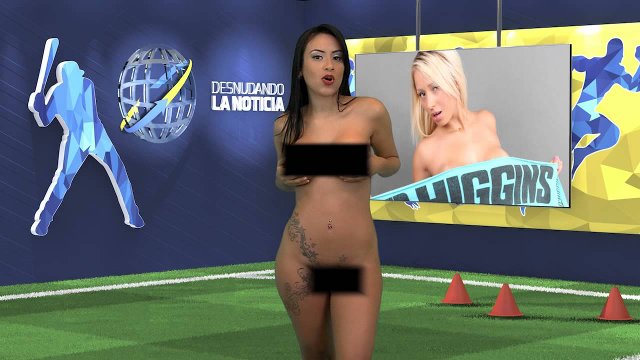