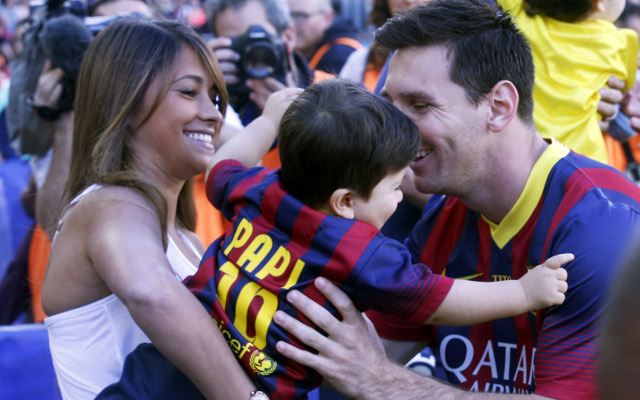 Lionel Messi is expecting his second child with wife Antonella Roccuzzo, according to reports from Argentina, and the couple are set to announce that another baby boy is on the way.

The reports come from Argentine newspaper Clarin, who claim that the news is yet to be officially announced by Messi and Roccuzzo, but is likely to be publicised within the next few days.

The couple already have a son together, Thiago, who was born in November 2012.

Clarin even go so far as to say that a name for the baby boy has already been decided, and he will be called Benjamin – which is the same name that his close friend Sergio Aguero named his son with ex-wife Giannina Maradona – the daughter of Argentina legend Diego Maradona.

The Barcelona superstar has a tattoo dedicated to his son Thiago, with the hands and name of his first son inked on his calf – and will surely look to add his growing collection of artwork if another baby is on the way.

When Messi’s wife was expecting Thiago, the forward celebrated a goal for Argentina versus Ecuador by placing the football under his shirt to all but confirm his partner’s pregnancy. Perhaps a goal against Cordoba on Saturday afternoon could see the 27-year-old repeat the celebration…