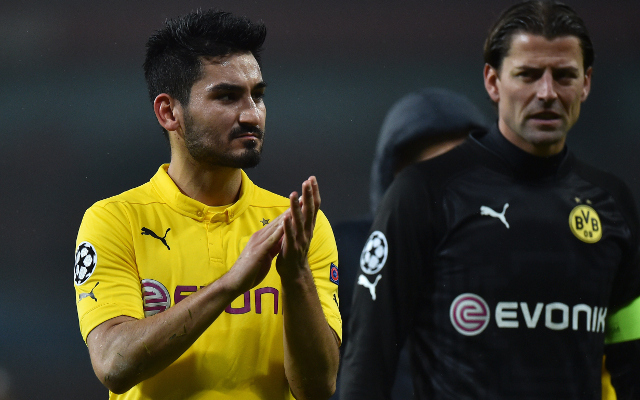 Dortmund confirmed on Thursday afternoon, via their official Twitter account, that the German had spurned the opportunity to sign an extension on his current deal which expires at the end of the 2015-16 campaign, and as a result looks set to leave this summer.

The Daily Express claim that Manchester United have been in pole position to land the Germany international, but Chelsea are prepared to frustrate their Premier League rivals, as they look to replace Mikel who could be heading to the Santiago Bernabeu.

According to the reports, Blues boss Jose Mourinho believes Gundogan could be key in helping the Stamford Bridge outfit to challenge for the Champions League trophy next season, having admired the midfielder when he was in charge at Real Madrid.

Jurgen Klopp confirmed in mid-April that he would be leaving the BVB at the end of the current campaign following seven years with the club, and there has been speculation that his exit could spark an exodus of stars in the next transfer window.

It seems that Gundogan could be the first to follow Klopp out of the Westfalenstadion.

Arsenal have also been linked, by the Daily Star, to the 24-year-old.