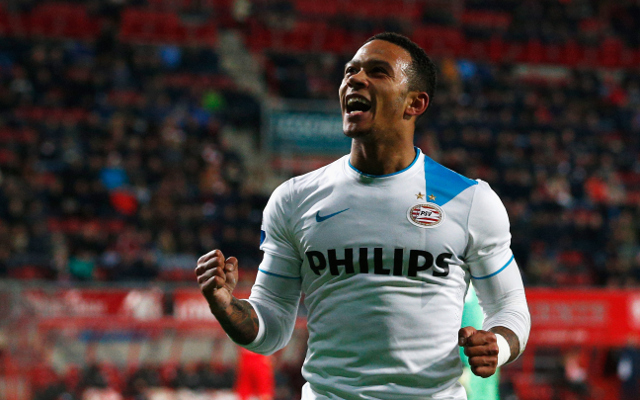 Liverpool and Paris Saint-Germain are currently ahead of Manchester United in the race to sign £20m PSV forward Memphis Depay this summer, the club have confirmed.

The Reds could be in pole position to seal one of the most exciting signings of the summer after negotiations over the 21-year-old Netherlands international, who is regarded as one of the top young players in the world.

Depay has had a superb season for PSV this year, scoring 24 goals in their title-winning campaign in the Eredivisie, and it may now be that he is closing in on a switch to Anfield.

According to the Daily Mail, United have registered an interest in the player but are yet to make a concrete offer, with PSG proving to be Liverpool’s main rivals in this transfer saga.

PSV sporting director Marcel Brands has been quoted as saying that United are behind the other two teams, whilst also denying rumours that Bayern Munich are also after Depay.

He said: “PSG and Liverpool are indeed a step ahead of Manchester United in the race to sign Memphis. United have only informed us about their interest.