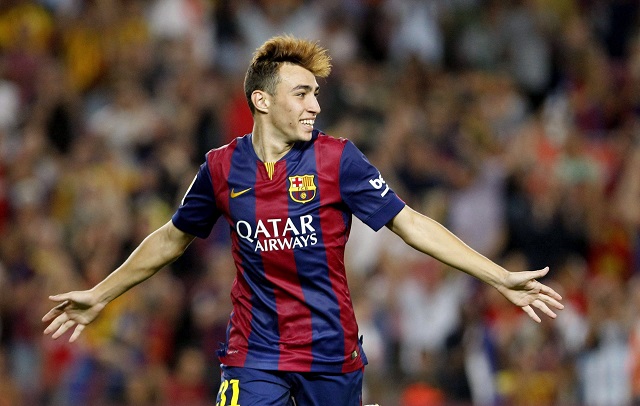 Nou Camp starlet on his way to the Emirates Stadium?

Arsenal are in talks to sign young Barcelona forward Munir El Haddadi according to the Metro.

By all accounts the north London side are working on a deal that will see the 19 year old move to the Emirates Stadium on a loan deal this summer, with a permanent move to follow on completion of the temporary switch.

The teenager impressed at the start of the season, making the most of Luis Suarez’s ban, but has found it next to impossible to secure a prominent role in Luis Enrique’s first team set-up.

With Luis Enrique having arguably the best attack in Europe, with Lionel Messi, Neymar and Luis Suarez having netted over 100 goals between them this term, and with Pedro available as a strong back-up it’s likely Munir’s hopes of forging a career at the Nou Camp are severely tested.

Arsenal are well versed in conducting moves to capture top Barcelona talents, having brought in the likes of Cesc Fabregas and Hector Bellerin in the past.

Munir has made seven La Liga starts this season, the last of which coming back in early January.