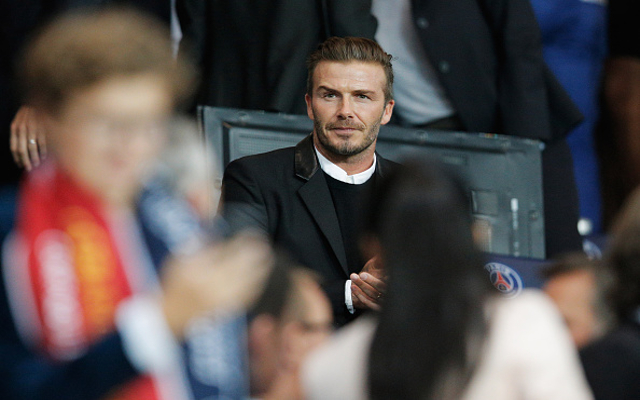 It is former Manchester United and Real Madrid midfielder David Beckham’s 40th birthday today, and current stars of the game such as Gareth Bale and Neymar have joined in the celebrations by posting pictures of themselves alongside the great man.

The English football icon has already decided to mark the occasion by joining Instagram and posted his first message in the early hours thanking fans for the birthday wishes.

Good morning and hello! It’s great to finally be on Instagram, been a long time coming but I can’t wait to start sharing all my special moments with you. Thank you for all your birthday messages so far. Looking forward to a great day with friends and family x

It wasn’t too long after the post that several current footballers took time out of their busy schedule to wish the former England captain a happy birthday. From Barcelona striker Neymar to Arsenal’s on-loan German world cup winner Lukas Podolski, take a look at the messages below:

Happy Birthday @davidbeckham hope you have a great weekend and welcome to Instagram, looking forward to seeing @brooklynbeckham photobombing some of your pictures!!

HAPPY 40 BIRTHDAY to my friend @davidbeckham i wish you all the best ! #DB40 #best #regards #happybirthday #poldi #strassenkicker A photo posted by Lukas Podolski (@poldi_official) on May 2, 2015 at 1:04am PDT

Welcome to Instagram and Happy Birthday to Mr @davidbeckham Have a great day top man!!!! #40 A photo posted by Fernando Torres (@fernandotorres) on May 2, 2015 at 1:58am PDT