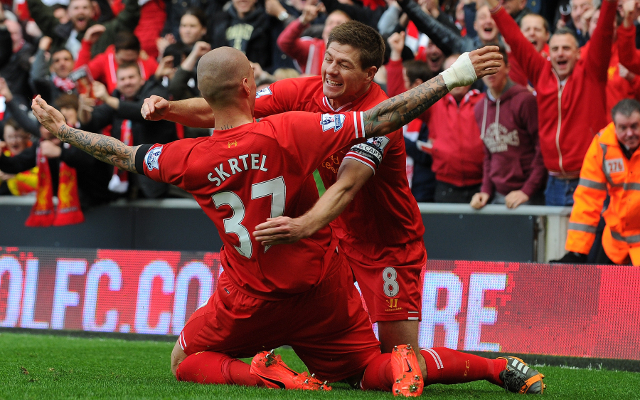 Liverpool beat QPR 2-1 in the Premier League on Saturday afternoon.

Brendan Rodgers made three changes from the side that lost to Hull City in midweek, with Gerrard returning in place of Joe Allen, Adam Lallana replacing Jordon Ibe, and Rickie Lambert coming in for Mario Balotelli.

Quiet day for the stop stopper. Did what he had to with minimal fuss and was helpless for the QPR goal.

Cool, calm, collected. He will be massive for the Reds next term.

Liverpool’s best defender by a mile. Impossible to beat in the air.

Has found some excellent form towards the end of the season. Might be a player to watch next season after a rocky start.

Quiet but effective, his best game for a long time.