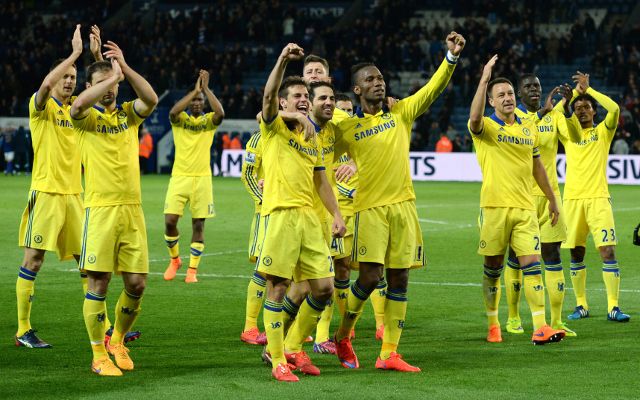 Chelsea are one win away from being crowned Barclays Premier League champions and  are just 17 days away from equaling the record number of consecutive days at the top of the league set by Manchester United in the 1993/94 season.

The Blues have lead the way since an opening day 3-1 win at Burnley and have not been shifted since they have either been top or joint-top just like when they had an identical record to that of Manchester City at the turn of the year.

But it’s not just being at the top of the table for 245 straight days that has highlighted their dominance over the likes of Man City, Arsenal, Manchester United and Liverpool this season but their players have been heads and shoulder above the rest.

For example key trio Eden Hazard, Cesc Fabregas and Nemanja Matic rank in the top five for nine categories including touches of the ball, chances created and successful passes. (via Mail Online)

In addition Fabregas has the most number of assists with 17 in the league which is seven more than his closest rivals in Gylfi Sigurdsson and Angel Di Maria.