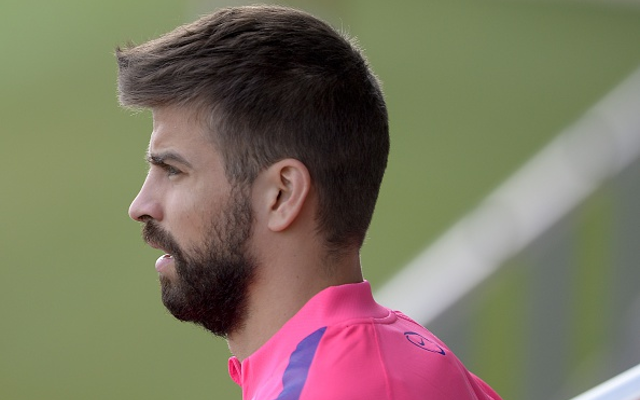 Barcelona now lead 5-0 in their La Liga clash against rock-bottom Cordoba and have now matched Real Madrid for the number of league goals scored this season as Gerard Pique has got himself on the score-sheet.

Goals from Ivan Rakitic, Lionel Messi and a brace from Luis Suarez had put the league leaders 4-0 up and they now have a fifth with the Spanish defender heading home from a corner to confirm the away side’s dominance in the game.

Following a 2-2 draw against Sevilla last month they have won five in a row and are on course to make in six and look in supreme form ahead of the mouth-watering Champions League semi-final first leg tie against Pep Guardiola’s Bayern Munich side at the Camp Nou in midweek.