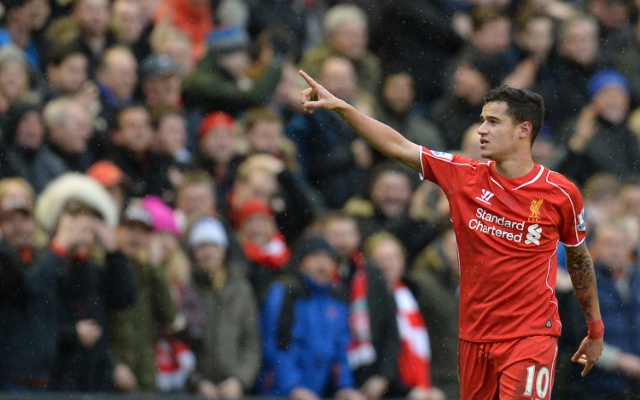 Liverpool are beating Queens Park Rangers 1-0 in the Saturday afternoon game Premier League game at Anfield thanks to yet another lovely goal from Brazilian star Philippe Coutinho.

Liverpool had been lucky not to find themselves a goal behind in the first minute when a corner was deemed to have gone out of play before ending up in the net, but since then they have dominated proceedings.

The goal came in the 19th minute. Rickie Lambert, who has played well so far, picked out Coutinho and the midfielder had all the time in the world to bend a shot into the top corner from twelve yards.

The 22 year old has been subject of fierce transfer speculation in the last few weeks, with moves to Manchester City, Chelsea, and the Spanish giants of Barcelona and Real Madrid all being mooted.

The goal marks his fifth league goal of the season.