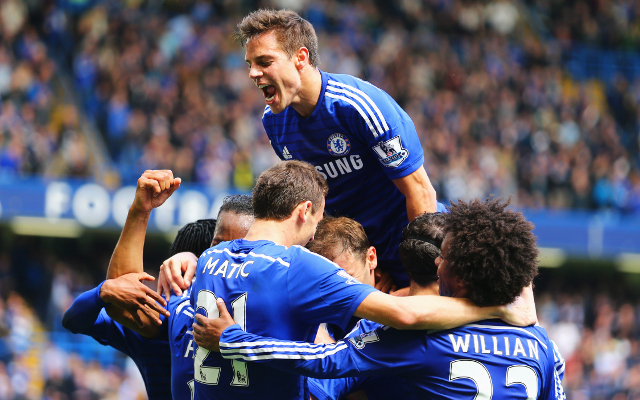 Chelsea won the Premier League on Sunday after they beat Crystal Palace 1-0 to take an unassailable 16 point lead at the top of the table.

It is the first time the Blues have won the top flight since 2010 under Carlo Ancelotti, and is Jose Mourinho’s third league title with the Stamford Bridge outfit in his two spells. They have managed this with three games to spare, and been top since day one of the season to make the achievement even more impressive. The London side even have the best defence as well as the second most goals, proving their worthiness further.

With it being half a decade since Chelsea have won the Premier League, most of their squad haven’t won the title before and were suitably excited about their success. The old hands who have got the medals before got involved as well though!

We did it! Champions! Huge thanks to everyone at CFC & especially my family for help making this dream come true. pic.twitter.com/zn99c7DcEw