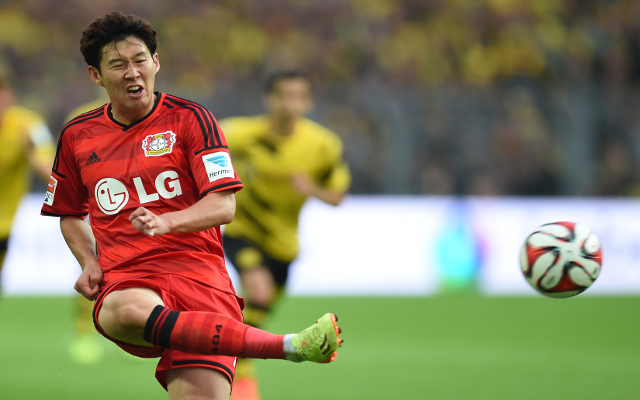 Liverpool boss Brendan Rodgers has earmarked a move for Bayer Leverkusen star Son Heung-Min according to the Metro.

With a top four finish looking unlikely the Anfield manager will no doubt set about looking at improving his misfiring attack this summer, with the likes of Mario Balotelli, Rickie Lambert and Fabio Borini all proving hugely ineffective this term.

Injury concerns over Daniel Sturridge, who has started just seven Premier League fixtures this season, have further exacerbated matters and the fact that Liverpool’s top Premier League scorers, Raheem Sterling and Steven Gerrard, have just seven goals to their names is a sign of how poorly the Merseyside club have fared in the final third.

22 year old South Korean Son Heung-min has proven a big success since leaving Hamburg for Bayer Leverkusen in June 2013, the versatile forward racking up 27 goals in his two campaigns at the Bay Arena.

One wonders if Heung-min would be open to a move to Liverpool given his side have already secured a Champions League berth for next term.

Liverpool would have to fork out around £15m to land the youngster according to the Metro.