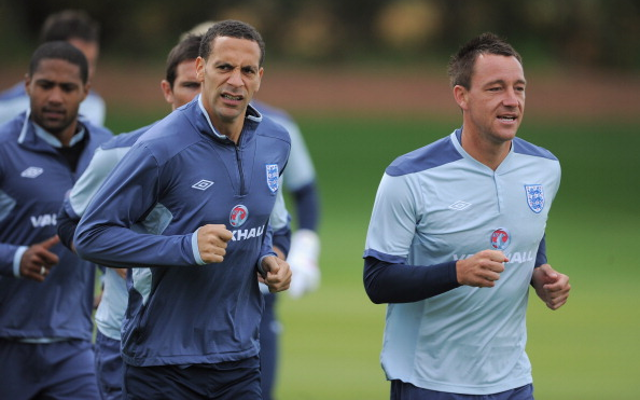 The QPR player’s wife Rebecca sadly died after a short battle with cancer and the footballing world has come together to try and support the England international. The history between the pair perhaps makes this offer of condolences even more meaningful.

After years of playing alongside each other for the Three Lions the duo fell out over allegations that Terry racially abused Ferdinand’s brother Anton. They seem to have mellowed recently though, with the former Leeds man describing a recent performance from the Stamford Bridge legend as ‘outstanding’ according to The Guardian.

Terry was speaking after winning the Premier League title with the Blues. Their 1-0 win over Crystal Palace on Sunday made them champions with three matches to spare and it was the 34-year-old’s fourth league title.

He said in the aftermath: “I’d just like to, on behalf of myself and Chelsea Football Club, send our condolences to Rio Ferdinand and his family after the terrible news yesterday.”