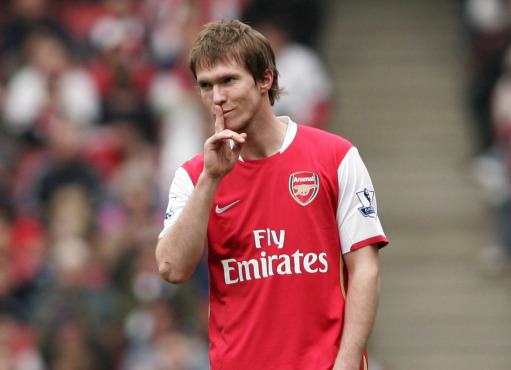 Like Vermaelen, Overmars appeared to be in his prime when he arrived at Barcelona.

The Dutch winger won nothing in Spain, despite costing Barca a whopping €30 million.

Emmanuel Petit moved along with Overmars, and is another example of a player whose career took a turn for the worse when opting for the Nou Camp over Arsenal.

Alex Hleb could also be added to this slide—a list in itself.

The Belarusian left Arsenal for €21 million in search of glory. He made only 19 La Liga appearances before leaving permanently in 2012 for…er…Krylia Sovetov Samara.