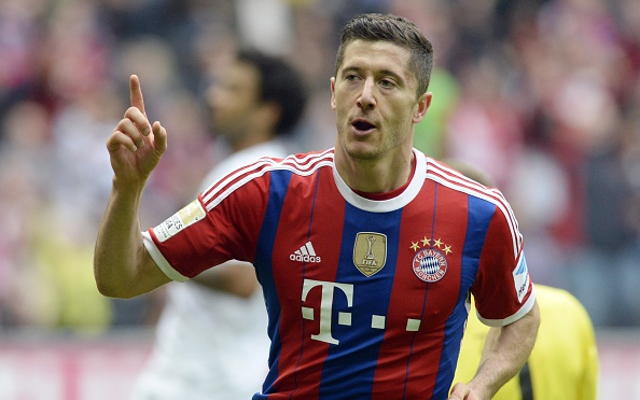 Bayern Munich sporting director Matthias Sammer has insisted that the club will stop Robert Lewandowski from playing against Barcelona in the Champions League semi-final first leg on Wednesday night in order to prevent further injury.

The Polish striker is a major doubt for the game at the Camp Nou against Pep Guardiola’s former club after suffering a concussion as well as a broken nose and jaw during his side’s German cup semi-final penalty shoot-out defeat by Borussia Dortmund in midweek and Sammer is refusing to risk Lewandowski’s health despite the magnitude of the game:

“The doctors, the player and the mask will make this decision.” Sammer told reporters. (via Goal.com)

“But one thing is clear: No player in the world can be so important to jeopardise his health.”

“Even if the doctors give their green light, that does not necessarily mean he will play.” he stressed.

The potential absence of Lewandowski will be a bitter blow to Bayern’s chances of getting a positive result in Spain as they are already without the injured key duo of David Alaba and Arjen Robben, who is out for the rest of the season after lasting just 15 minutes in the cup game last week.