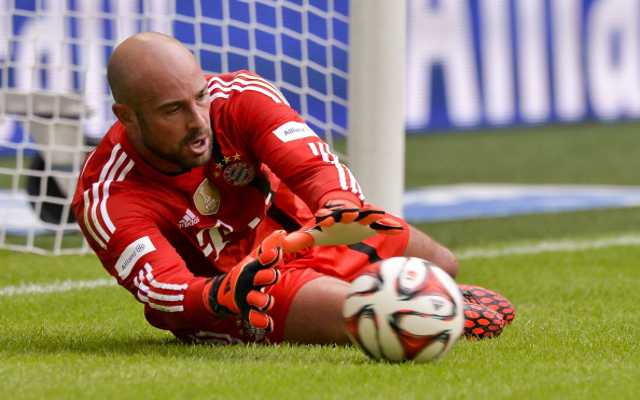 Reports in Italy indicate that Inter Milan are taking a serious look at Bayern Munich’s on-loan Liverpool goalkeeper Pepe Reina ahead of a summer move.

La Gazzetta dello Sport [via mercato365] report that the Spain stopper could be in line for a switch to Serie A this summer.

He has struggled for game time in Bavaria, due to the presence of Manuel Neuer, and has been limited to only two appearances in the Bundesliga this term.

Inter are anticipating the eventual departure of star stopper Samir Handanovic—whose contract ends in 2016—and see 32-year-old Reina as an ideal understudy and then replacement for the Slovenian No. 1.

Reina learned his trade at Barcelona, before moving to Villarreal in 2002.

After three years at the Yellow Submarine, he moved to Liverpool in 2005, where he would stay for just under a decade, becoming a key member of Rafael Benitez’s nearly-men.

The incoming Rodgers decided to make a change and replaced Reina with Simon Mignolet, much to the chagrin of certain Liverpool fans.

To date, Reina has 33 caps for Spain, and has won the European Championship twice and the World Cup in 2010.