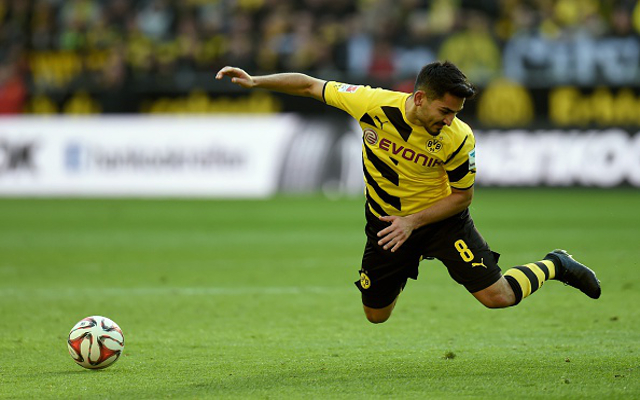 The Bavarian giants are reportedly keen to strengthen in midfield this summer and may also be looking at Real Madrid contract rebel Sami Khedira in that position.

However, Gundogan is a priority, according to German source Bild, and the 24-year-old may end up sealing a move to the Allianz Arena instead of Old Trafford, as has previously been expected.

Gundogan has long been regarded as one of the top defensive midfielders in Europe, though he has also struggled with injuries in recent times at Dortmund.

If he does move, he will become the latest big name to switch between these two Bundesliga giants, following in the footsteps of Gotze and of Polish striker Robert Lewandowski, who joined Bayern in last summer’s transfer window.