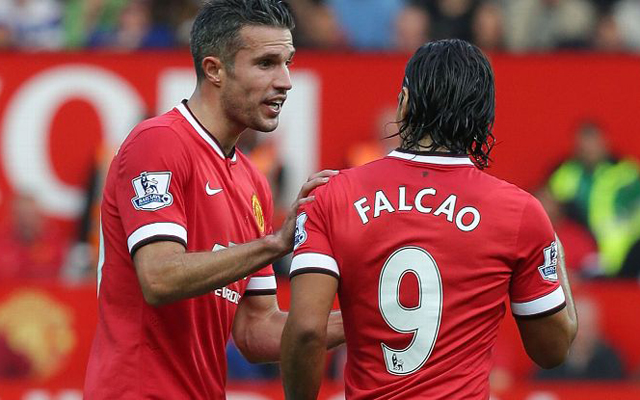 Reports in Italy suggest that the Old Lady are looking to enforce their striking options this summer and have identified the two out-of-sorts United forwards as transfer targets.

It is looking increasingly unlikely that Louis van Gaal will look to tie on-loan AS Monaco forward Radamel Falcao to a permanent deal at the club.

The Colombian hitman has struggled to impress at Old Trafford, managing only four goals in 24 Premier League appearances this term.

The former FC Porto man could return to Monaco, but another option might be a move to Italy, where he could look to resuscitate his flagging career with Juve—who won their fourth-consecutive Italian title at the weekend.

According to La Gazzetta dello Sport, Juventus are not just considering Falcao, but are also considering his United teammate van Persie.

After an impressive early impact at United, former Arsenal man van Persie has faded, managing only 10 goals in 26 EPL outings this term.

The example of Carlos Tevez, who has seen his stock rise after swapping Manchester for Italy, might be an inspiration for both off-colour forwards.