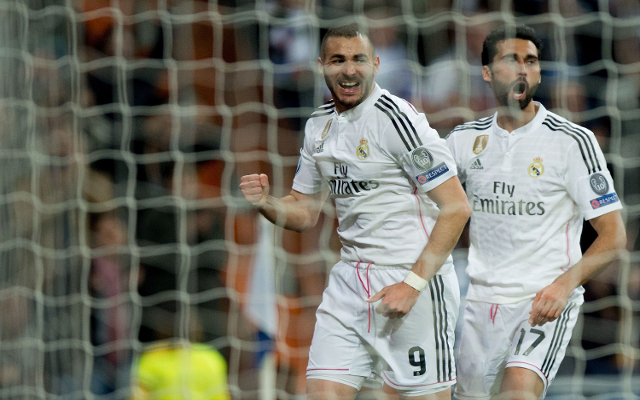 Man City are lining up a big money bid for Real Madrid striker Karim Benzema according to the Metro.

Etihad Stadium boss Manuel Pellegrini, who knows the French international well from his time in charge at the Bernabeu, is keen to bring in effective attacking support for overworked top-scorer Sergio Aguero and has earmarked a £38m bid for the 27 year old.

The former Lyon man is currently injured and will have noted Real Madrid’s continued run of good form in his absence, with loaned in Man United man Javier Hernandez making an impact, but one imagines Carlo Ancelotti would still look to keep hold of the powerful marksman.

Benzema has racked 20 goals or more in each of the past five seasons at Real Madrid and arguably last term was his best at the club, making full use of the fact that his main competitor for the central striking berth, Gonzalo Higuain, had been sold to Napoli.

Pellegrini will look to sell Stefan Jovetic and Edin Dzeko in order to make room for the possible arrival of Benzema this summer.