Manchester City defender Eliaquim Mangala has expressed his disbelief that team-mate Sergio Aguero was once again overlooked for the PFA Team of the Year.

The choices for team of the year was revealed last week and there was surprisingly no place for the Argentine forward who was left out in favour of Diego Costa and Harry Kane of Chelsea and Tottenham respectively,  despite being the Premier League’s top scorer with 22 goals,. 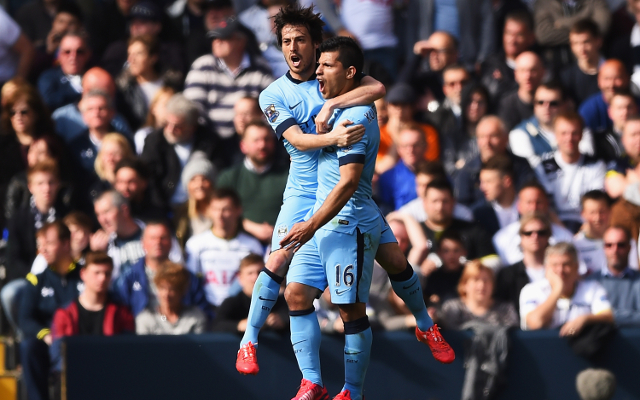 Aguero was once again on the scoresheet on Sunday afternoon as his brilliant effort just before the half hour mark at White Hart Lane gave City a 1-0 victory against Spurs and took his tally to 103 goals in 160 games after just four seasons in English football.

But it appears all those achievements have not been enough to impress his fellow professionals as he was snubbed for the fourth year running much to the shock of Mangala:

“Kun is amazing. He shows us every week what he is like in the Premier League and Champions League – he is so important for us.” The French international told the Mirror Online.

“His goal against Tottenham was another big one. I am surprised he wasn’t voted into the best team – I see him every day in training, and in every game, and he has so much quality.” Mangala added.