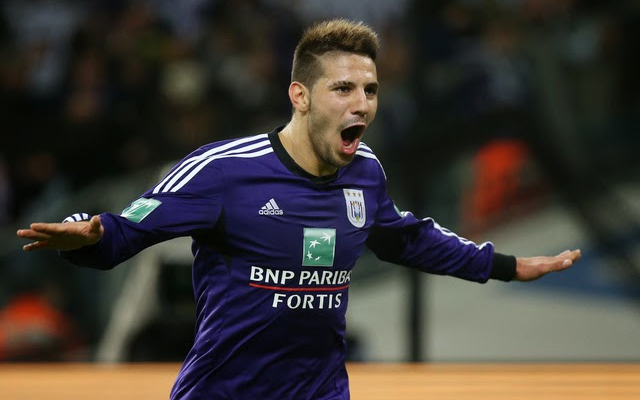 TuttoMercatoWeb claims the Red Devils have identified the highly-rated 20-year-old as the man to replace loan flop Radamel Falcao, who they are ready to send back to Monaco at the end of the campaign.

Competition for the attacker looks set to be fierce when the summer transfer window opens, with the Italian trio circling and Ligue 1 outfit Marseille also vying with United to secure his signature.

The young Serb, who is believed to be valued at around £11m by his employers, has been an ever-present for the Belgian side this term and has impressed visiting scouts.

He has found the back of the net 20 times in 40 appearances in all competitions, with two of his goals coming in the Champions League, including one against Arsenal in November’s 3-3 draw at the Emirates Stadium.