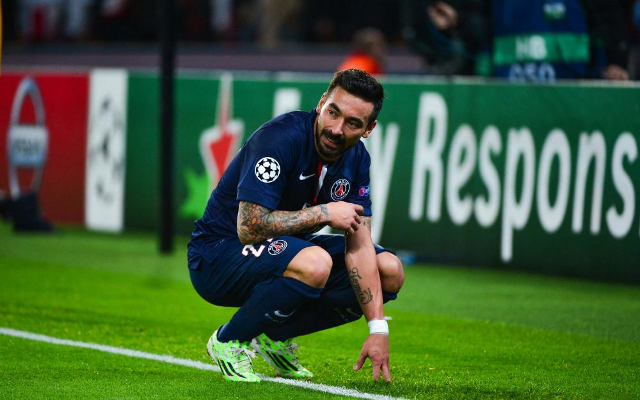 Manchester United want to beat Arsenal to the signing of Paris Saint-Germain winger Ezequiel Lavezzi this summer in what could be a ‘huge transfer’, according to latest reports.

The Argentine international, a World Cup finalist with his country last summer, has not had the best of seasons in a PSG shirt and may become surplus to requirements ahead of next season.

Still, the former Napoli man has shown his quality in recent years as potentially one of the finest attacking players in Europe, and could be a good fit at either United or Arsenal.

According to the Metro, it is the Red Devils who currently lead the chase for Lavezzi’s signature, with manager Louis van Gaal keen to bring in more options up top for next season.

With players like Angel Di Maria, Adnan Januzaj and Robin van Persie all struggling this season, there are several roles Lavezzi could fill if he does make the move to Old Trafford this summer.