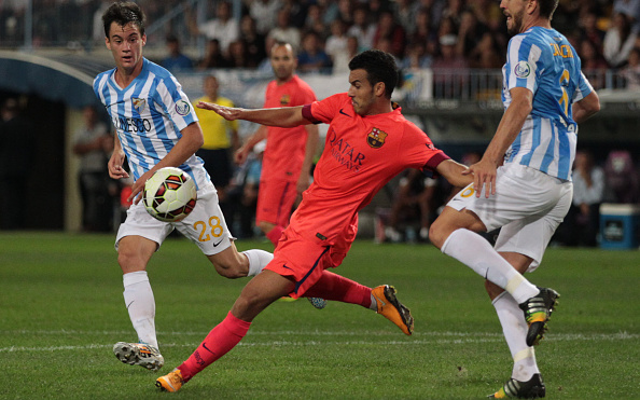 Arsenal have received a boost in their efforts to sign Barcelona winger Pedro this summer with reports that the club will listen to offers of between £20-22m.

The Gunners have a long-standing interest in the Spanish international, who has been a big player for Barca having spent his entire career at the Nou Camp so far.

Pedro scored in the Champions League final win over Manchester United back in 2011 and has won many other honours with the Catalan giants, though he has found himself increasingly out of favour under new manager Luis Enrique this season.

Big-money buys such as Luis Suarez and Neymar have kept the 27-year-old out of the starting lineup, and the Metro now claims this could see Arsenal make a move to lure him to the Emirates Stadium for next season.

Arsene Wenger could do with more genuine wide players in his ranks, with Theo Walcott and Alex Oxlade-Chamberlain proving injury prone and unreliable.