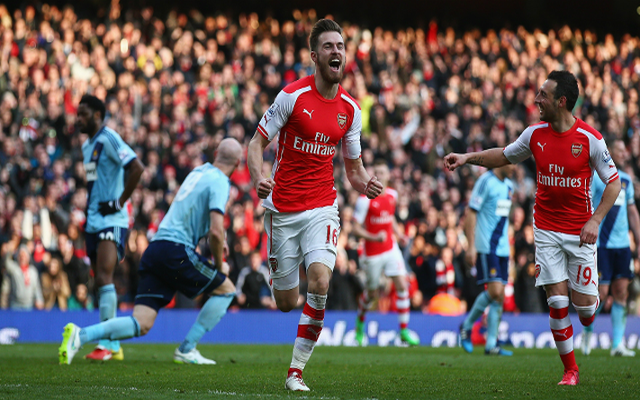 Arsenal are now 2-0 up against relegation threatened Hull City as Aaron Ramsey has added to Alexis Sanchez’ opener at the KC Stadium as the Gunners look to go above Manchester City in the table.

Ramsey found the back of the net via a deflection following a superb pass from Santi Cazorla:

Alexis had given the Gunners the lead just a few minutes earlier as his free-kick took a deflection of former Tottenham defender Micheal Dawson to wrong foot Steve Harper in the Tigers goal.

The Gunners came into the fixture three points behind second placed Manchester City but have a game in hand and will almost certainly secure a top-four finish with a victory at the KC Stadium.

Meanwhile the Tigers are just two points clear of the relegation zone after results at the weekend went against Steve Bruce’s side as Leicester, Aston Villa and Sunderland all picked up victories.