Arsenal manager Arsene Wenger was full of praise for his side after they were victorious against relegation threatened Hull City at the KC Stadium on Monday night.

An Alexis Sanchez brace and another from Aaron Ramsey all but sealed Champions League qualification for the Gunners with four games to spare and Wenger was extremely happy with the performance against a side fighting for survival:

“Tonight was a demonstration that we can improve and that we can keep the quality very high. We played the kind of football we love to play and we played it for long periods of the game with the quality we desire.” the Frenchman said in his post-match press conference (via the club’s official website).

With Chelsea being crowned champions at the weekend, the fight is now on between Arsenal and both Manchester clubs to finish in the top three which would mean avoiding the dreaded pre-qualifier for Europe’s elite competition at the start of next season, and Wenger is aware of the importance finishing higher than fourth is:

“It is better for the sleep in the summer.” he stressed.

“We want to finish as high as you can. Our competitive attitude is to finish looking at ourselves thinking that we have given the maximum until the last day.” he concluded. 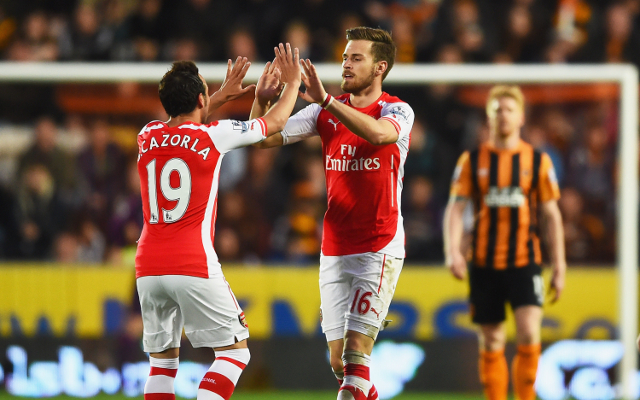 The Gunners are next in action on Monday night when they welcome the visit on in-form Swansea to the Emirates, where a win over the Welsh outfit would mathematically guarantee a top-four finish or even better if results go their way at the weekend.