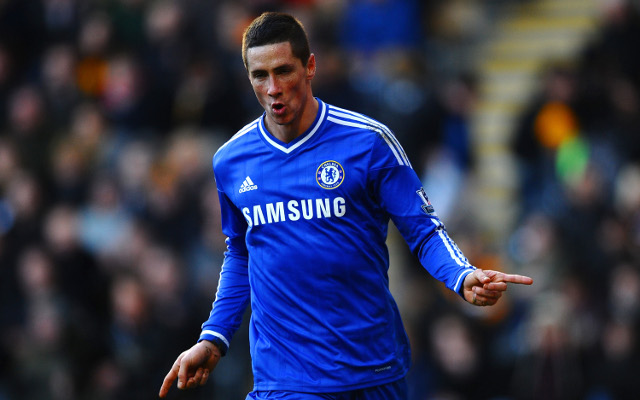 Former Chelsea striker Fernando Torres has expressed his congratulations to his Blues friends for their Premier League title triumph.

Chelsea were crowned Premier League champions on Sunday afternoon after beating Crystal Palace in front of the Stamford Bridge faithful – thanks to a single goal from PFA Player of the Year Eden Hazard.

The Atletico Madrid forward took to Twitter to share his happiness that his former team-mates had finally won the title after going five seasons without league success.

Read below the Spaniard’s message…

Torres endured a torrid time in West London following his £50m switch from Liverpool to their English rivals in January 2011.

Despite a silverware-filled three seasons with Chelsea – winning the FA Cup, the Champions League and the Europa League – he scored just 20 goals in 110 league appearances.

The 31-year-old ended his career at Stamford Bridge in this season’s January transfer window, as he made his two-year loan spell with AC Milan permanent, and was then loaned out to Atletico until the end of the 2015-16 campaign.

Torres has found a new lease of life since returning to his boyhood club – with his double over Atletico’s fierce Spanish rivals Real Madrid in the Copa del Rey his highlight of the season.