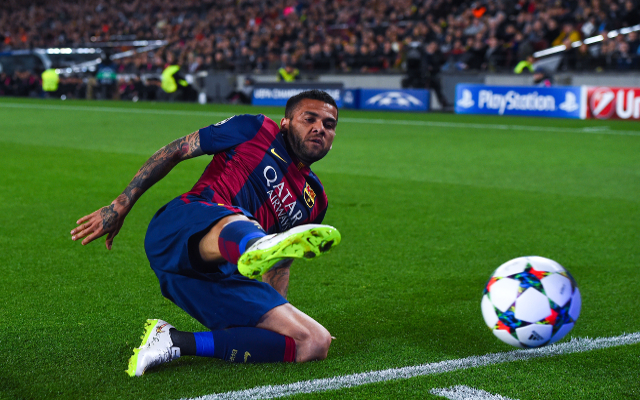 Liverpool boss Brendan Rodgers appears keen to improve his Anfield squad with the Daily Express reporting that the Northern Irishman has his sights set on three Barcelona stars.

Two of those on Liverpool’s radar come in the form of players who are not first team regulars at the Nou Camp, attacker Pedro and defender Martin Montoya, and the third, Dani Alves, will see his current contract expire in the summer.

The Brazilian international’s future at the La Liga side may directly impact on Montoya’s, given both players are battling for the right-back berth.

Versatile forward Pedro is criminally underused by Luis Enrique, who clearly has a chosen front three of Luis Suarez, Neymar and Lionel Messi, and the experienced Spanish international may well be considering his future.

Given that Barcelona are banned from completing signings in 2015 it may prove tricky for any side to land even squad players from the Catalan giants.