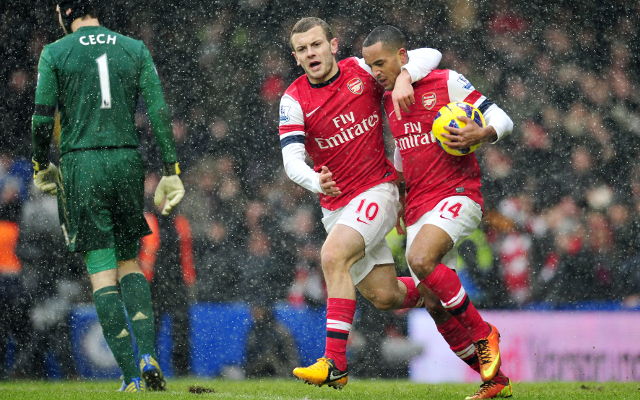 Manchester United great Gary Neville has identified Arsenal as the side most likely to challenge Chelsea for the Premier League title next season.

The Gunners demonstrated their class once again this season with a terrific 3-1 demolition of Hull City on Monday evening and are ending the season strongly.

Arsene Wenger’s side remain third in the table, but are level on points with Manchester City having played a game less than last year’s champions.

Meanwhile, Neville’s former club are some way behind in fourth, having lost their momentum over the last few weeks with defeats to Everton and West Bromwich Albion.

Should Arsenal beat Sunderland in their game in hand, they will move eight points clear of Louis van Gaal’s side.

“Of all the sides in the top four, apart from Chelsea, I think they [Arsenal] are the best equipped to challenge next year,” the former England international told BBC 5 Live, as reported by the Standard.

“Even though it probably means nothing and it’s not a position you should be proud of, for the first time they are showing signs of progression.”

The Gunners have five matches still to play this term and are set to welcome Swansea City, West Bromwich Albion, the aforementioned Sunderland and Aston Villa to the Emirates Stadium.

Their only away fixture is a trip to Manchester United on May 17.