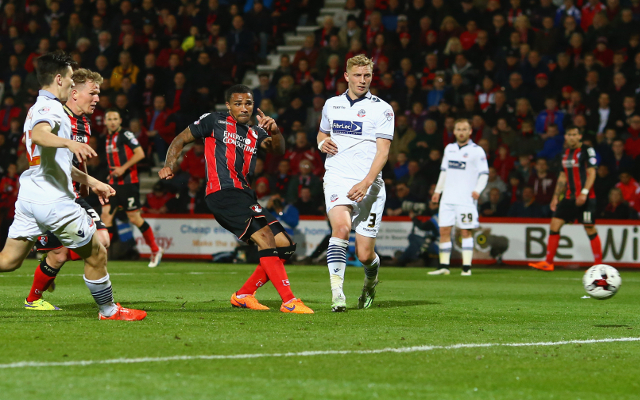 Tottenham are leading the race to sign AFC Bournemouth forward Callum Wilson according to the Daily Mirror.

The 23 year old has bagged 19 goals this term, helping Eddie Howe’s side to secure promotion to the English top tier, and this source claims as many as ten Premier League sides are keen on the former Coventry City man.

Mauricio Pochettino is ready to offload forwards Emmanuel Adebayor, Erik Lamela and Roberto Soldado as he seeks to strengthen his attack.

The north London side have had to rely heavily on youngster Harry Kane and without the England international’s 20 goals one can only imagine where Tottenham would have finished in the table.

With a top four finish unlikely a move for upcoming talents may be a wise option to take as Pochettino may struggle to secure established stars without having the carrot of Champions League action to offer.