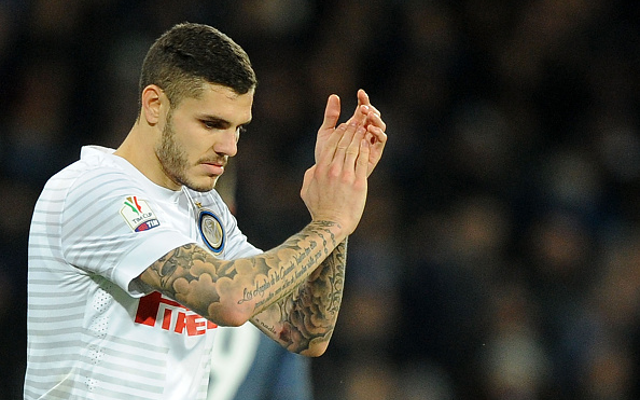 The striker had been involved in positive contract talks with a potential announcement expected over the next few days, however that no longer seems possible according to the report.

Interestingly, Sport Mediaset suggests that any new contract was geared more towards increasing the buyout clause in Icardi’s contract rather than any genuine hope of the forward remaining at the San Siro.

Chelsea seem keen on adding to a squad looking to win back-to-back titles and Diego Costa’s injury record may force Jose Mourinho to bring in another striker. Icardi’s profile would suit Mourinho perfectly, a striker capable of leading the line in Costa’s inevitable absence whilst also playing second fiddle during the course of the season.

However, with FFP regulations dictating Chelsea’s movements in the transfer market, any move for Icardi is surely dependent on player departures.