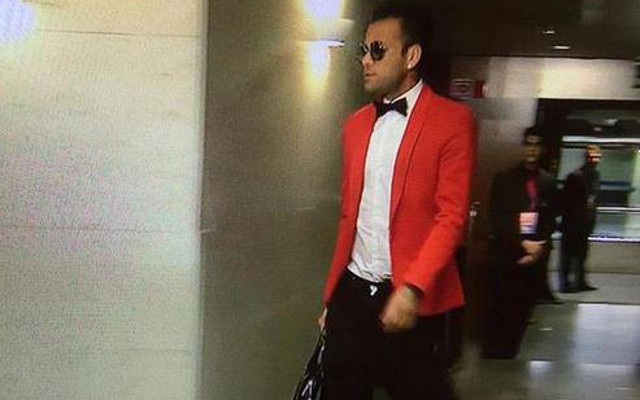 Usually footballers turn up to big matches in a suit, but Barcelona defender Dani Alves is no ordinary player.

The Brazilian has become known for his outrageous dress sense, and didn’t disappointed in the build up to the Catalan club’s match against Bayern Munich on Wednesday. The 32-year-old turned up in a garish red blazer and bow tie, as well as shorts and trainers. It looked slightly he had forgotten where he was going half way through getting dressed!

Barca supporters will be hoping that the right-back is slightly more serious on the pitch, with his team needing a win against their Bundesliga rivals ahead of their tough away leg at the Allianz Arena. They will also be looking for revenge after the Bavarian outfit beat them 7-0 over two legs just two seasons ago.

Here’s how Twitter reacted to Alves rocking up to Champions League as a ‘Butlins Redcoat’… http://t.co/n9SZO9UY9W pic.twitter.com/CPIAekAD16