Lionel Messi once again stole the show in Barcelona’s 3-0 Champions League semi-final first leg victory against Bayern Munich on Wednesday night – prompting widespread speculation it could be amongst his best ever.

The Argentine superstar scored a three-minute brace at the Camp Nou, including a stunning second as he fooled Jerome Boateng with an excellent piece for skill before dinking the ball over Manuel Neuer and into the net to give his side a very good chance of reaching the final, but it’s not the first time Messi has excelled in an Champions League knockout tie.

Take a look at three of his other memorable performances in Champions League knockout stages. 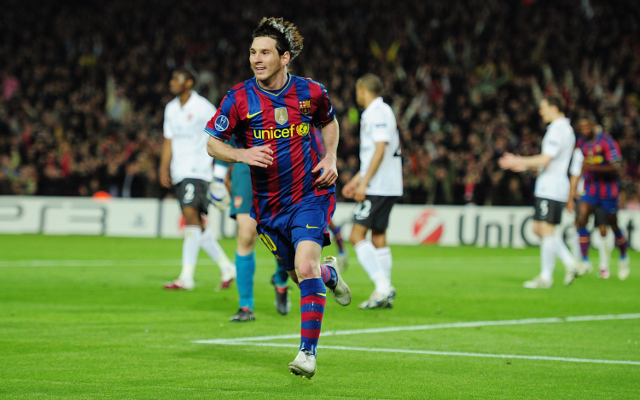 Following a 2-2 draw at the Emirates Stadium in the first leg, many felt Arsenal had a decent chance to progress and they stunned the hosts early on by taking the lead on the night and on aggregate through Nicklas Bendtner.

That only seemed to anger Messi as he went on to complete a hat-trick before the break and then added his and Barcelona’s fourth with two minutes left of the game to send the Catalan giants into the next round.