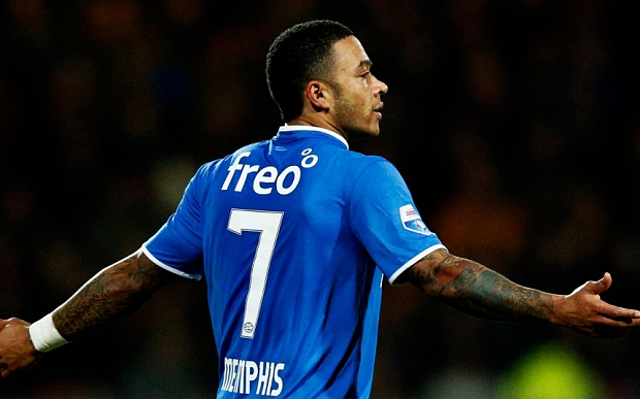 Liverpool look set to beat the likes of Manchester Untied and Paris Saint-Germain to the signing of PSV star Memphis Depay this summer as the two clubs end their interest in the player.

The 21-year-old is attracting plenty of interest in this summer’s transfer window, showing himself to be one of the finest young attacking players in Europe based on his form in the Eredivisie this season.

However, the Daily Express report that neither United and PSG will be pursuing their interest in the Netherlands international, leaving Liverpool as the big favourites to snap him up this summer.

This will no doubt come as a major boost for the Reds as they look to improve on their attacking options for next season, with players like Mario Balotelli and Rickie Lambert failing to adequately replace the goals of Luis Suarez and the injury-prone Daniel Sturridge upfront.

Depay, meanwhile, has scored 24 goals this season and looks a major upgrade in that department.