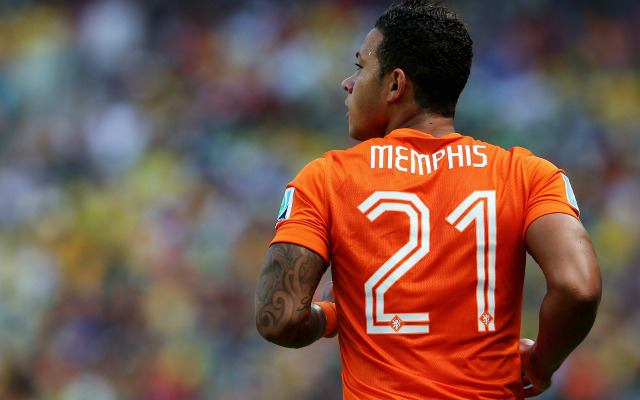 New Manchester United signing Memphis Depay has taken to his Twitter account to express his gratitude to his current club PSV Eindhoven, as well as his excitement to start winning trophies with the Premier League giants next season following his confirmed summer transfer.

The Red Devils made an announcement on their official website that they had agreed a deal with PSV for Depay on Thursday afternoon – which will be finalised once the player has successfully completed a medical, and the summer transfer window opens.

I always say; Dream, Believe, Achieve. I was dreaming and believing of becoming the champions of the Eredivisie with PSV and we achieved it.

I’m extremely grateful towards @PSV, all the fans, @UnderArmour and @SEG_Football for believing in me. — Memphis (@MemphisDepay) May 7, 2015

Now it’s time to set my goals again on winning trophies with @ManUtdpic.twitter.com/7yYBgZ62Pr

According to the Daily Mail, the fee is said to be around £25m, and Manchester United beat Liverpool and Paris Saint-Germain to his highly sought after signature.

Louis van Gaal is well acquainted with Depay from his time as manager of the Netherlands national team, and the Express report that the Dutchman personally persuaded the winger to a switch to Old Trafford.

Depay is the Eredivisie Dutch League’s top scorer this term having netted 21 times, and has emerged as one of Europe’s most exciting attacking prospects following his outstanding performances over the past few seasons.

It’s easy to see why…