There are some top class penalty takers in the Premier League this season, including Arsenal, Chelsea, and Manchester City stars.

With the campaign nearly over we can now try to see who has managed to score the most. Obviously some players have had more opportunities to rack up the spot kicks, but even so it is a relatively good test of who is the best from 12 yards.

Here are the top five… 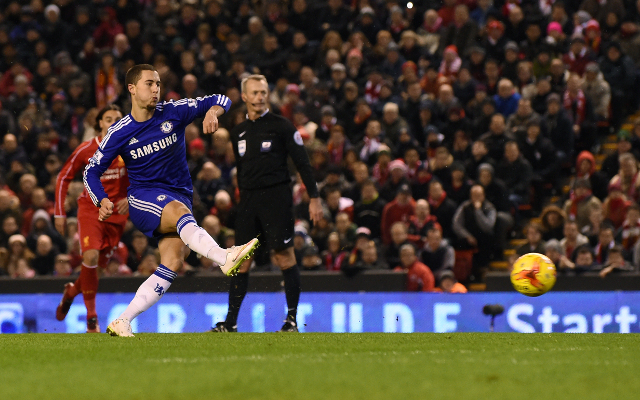 Although Julian Speroni managed to save from the 24-year-old on Sunday before the rebound was put away, the Belgian has still netted on three other occasions. The manner in which Hazard waits for the keeper to dive makes his penalties very difficult to stop.