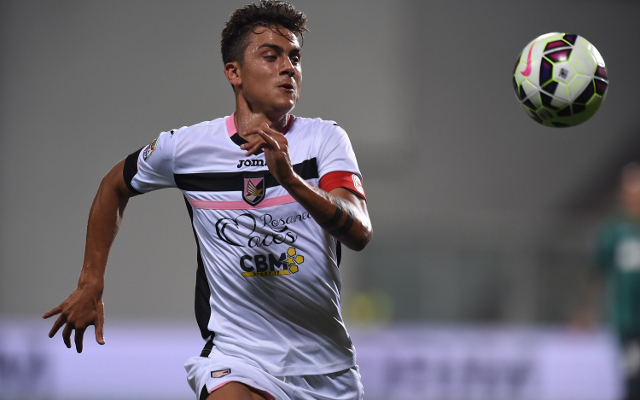 Paulo Dybala is on the verge of sealing an exit from Palermo ahead of the opening of the summer transfer window. The latest news is that the striker will sit out the final four of the Serie A outfit’s league fixtures in a bid to quickly wrap up a transfer.

Premier League duo Arsenal and Manchester City have been linked to the £29m-rated Argentine, along with Serie A trio Juventus, Inter Milan, AC Milan, as well as reigning Ligue 1 champions Paris Saint-Germain.

The striker refused a new three-year contract extension in January, and the club accepted that he would be leaving the Stadio Renzo Barbera in the summer.

In quotes by the Daily Express, Rosanero president Maurizio Zamparini has ordered first-team manager Giuseppe Iachini to exclude Dybala from his plans for their remaining games, so as to avoid any possible hiccups, such as an injury, that could hamper a transfer of the youngster going through.

Zamparini told Italian newspaper La Repubblica, “I have asked Iachini not to play Dybala in these last few games.

“It’s possible that in the next eight to 10 days we will sell the player and I want to avoid injuries in this very delicate phase,” he added.

“There is strong interest in him. In Italy there’s Juventus, Inter and Milan.

“Meanwhile, in Europe there’s Paris Saint-Germain and Arsenal, as well as Manchester City who would like to try and get him but must sell first for Financial Fair Play.”

Palermo are safe for another season in Italy’s top flight – sitting 16 points above the relegation zone – and therefore the club’s top scorer can be afforded a rest.

Dybala has scored 13 goals and set up 10 in 33 appearances for the Aquile this season.