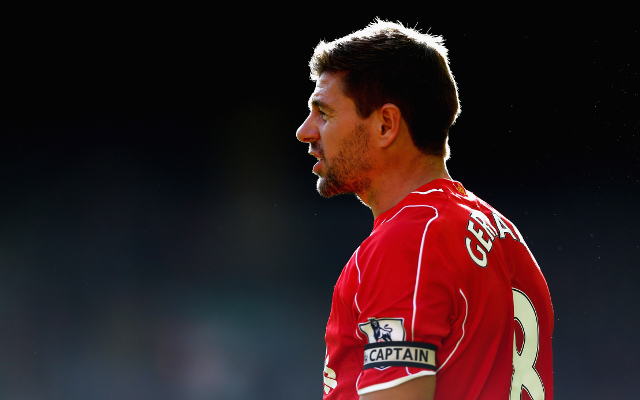 Steven Gerrard has revealed that his decision to leave Liverpool at the end of the season stemmed from a fear of becoming unhappy at his beloved club with a bit-part role.

The former England international will call time on his Reds career in the summer, and is set to team up with his new LA Galaxy team-mates in the MLS in July – where he has signed an 18-month contract.

The 34-year-old was offered a new deal to remain at Anfield last November, but opted to seek adventure elsewhere, as he still wants to be playing week in week out.

“I didn’t feel I’d enjoy it as much at Liverpool if I became a squad player or a bit-part player,” Gerrard was quoted by the Daily Star as revealing.

“I still have the same attitude and hunger that I’ve always had. I want to play games from the start and win,” he added.

“I still want to challenge for honours. All of that combined means LA Galaxy is the ideal place for the next part of my career.

“Since I got into the first-team set-up nearly 17 years ago, I’ve lived my life for Liverpool Football Club.

“I wake up every day wanting success just as much as the fans.”

Gerrard is currently the fifth all-time top scorer for the Reds with 184 goals – his most recent being the 87th minute over Queens Park Rangers on Saturday. He is also currently the third highest appearance holder for the club, having so far made 707 appearances.

The Anfield icon will be jetting off to LA in July, at the same time as former England international team-mate Frank Lampard, as the pair embark on a new challenge in the States.